Back To Home
Activities September 1, 2022 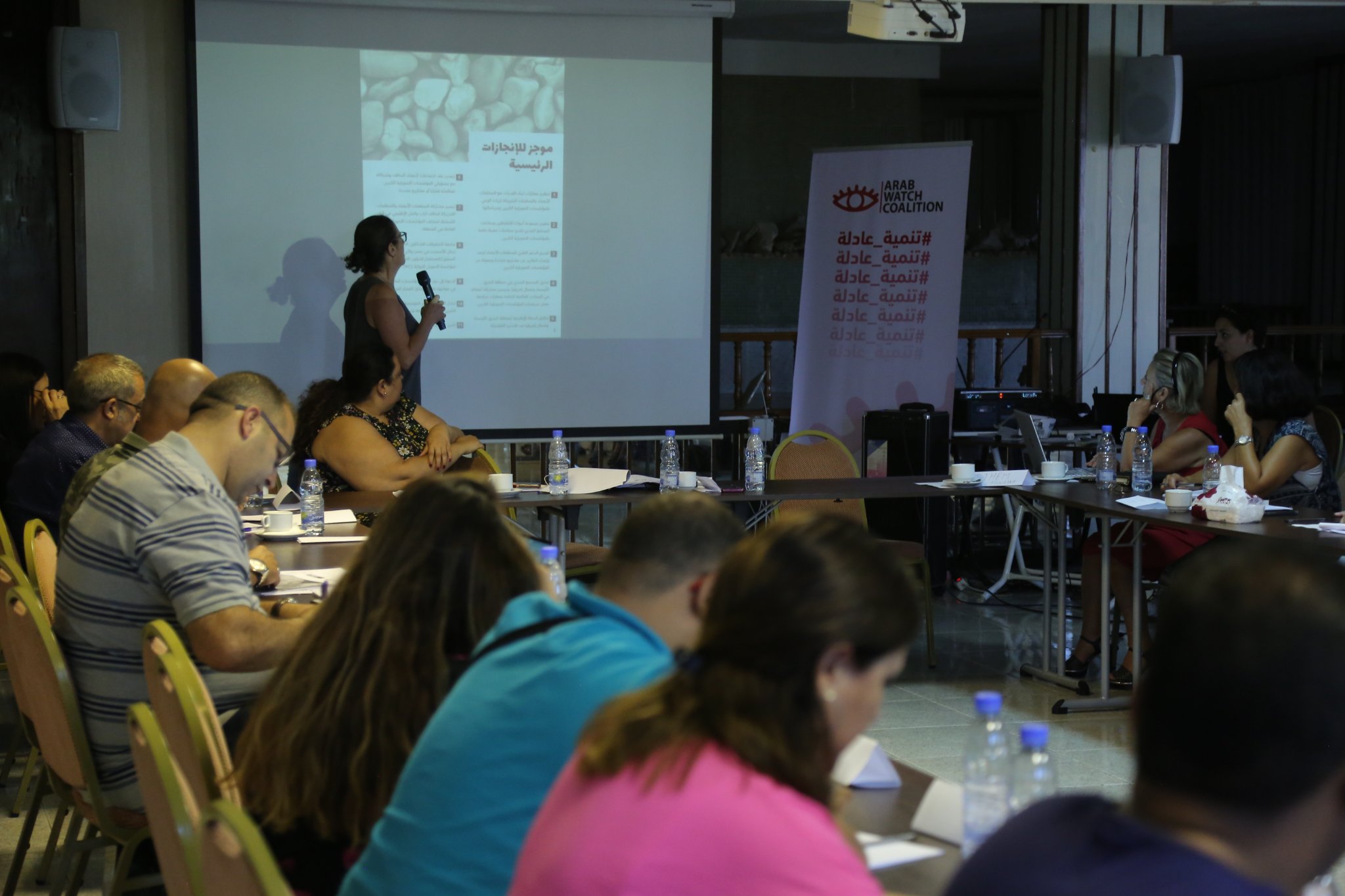 On July 29, 2022, The Arab Watch Coalition held its third General Assembly meeting in Lebanon, the country that witnessed the Coalition’s foundation in April 2018. Members of AWC from seven countries in the region attended the General Assembly to discuss the achievements that have taken place during the last two years, and to set a strategy to be implemented within the next three years.

Before the General Assembly, the Arab Watch Coalition held workshops for three days with more than 40 civil society organizations in the region including the Coalition’s members, and international partners. The first workshop examined the climate policies adopted by the International Financial Institutions (IFIs). It was directly followed by another workshop that continued for two days and was meant to discuss the Independent Accountability Mechanisms (IAMs) of the International Financial Institutions.

Because of the restrictions imposed with the Covid-19 outbreak in 2020, the Arab Watch Coalition depended on virtual communications technologies to hold its Second General Assembly in October of the same year. This virtual reality constitutes a great challenge since it requires in-depth technical knowledge, and equipment in addition to the significant high internet coverage needed for that purpose. What makes the situation more intricate is that the MENA region is too vulnerable to meet such requirements. Even though virtual meetings and online arrangements, have played a remarkable positive role during the Covid-19 restrictions, in-person meetings & dialogues are still essential for building efficient outcomes in the real world.