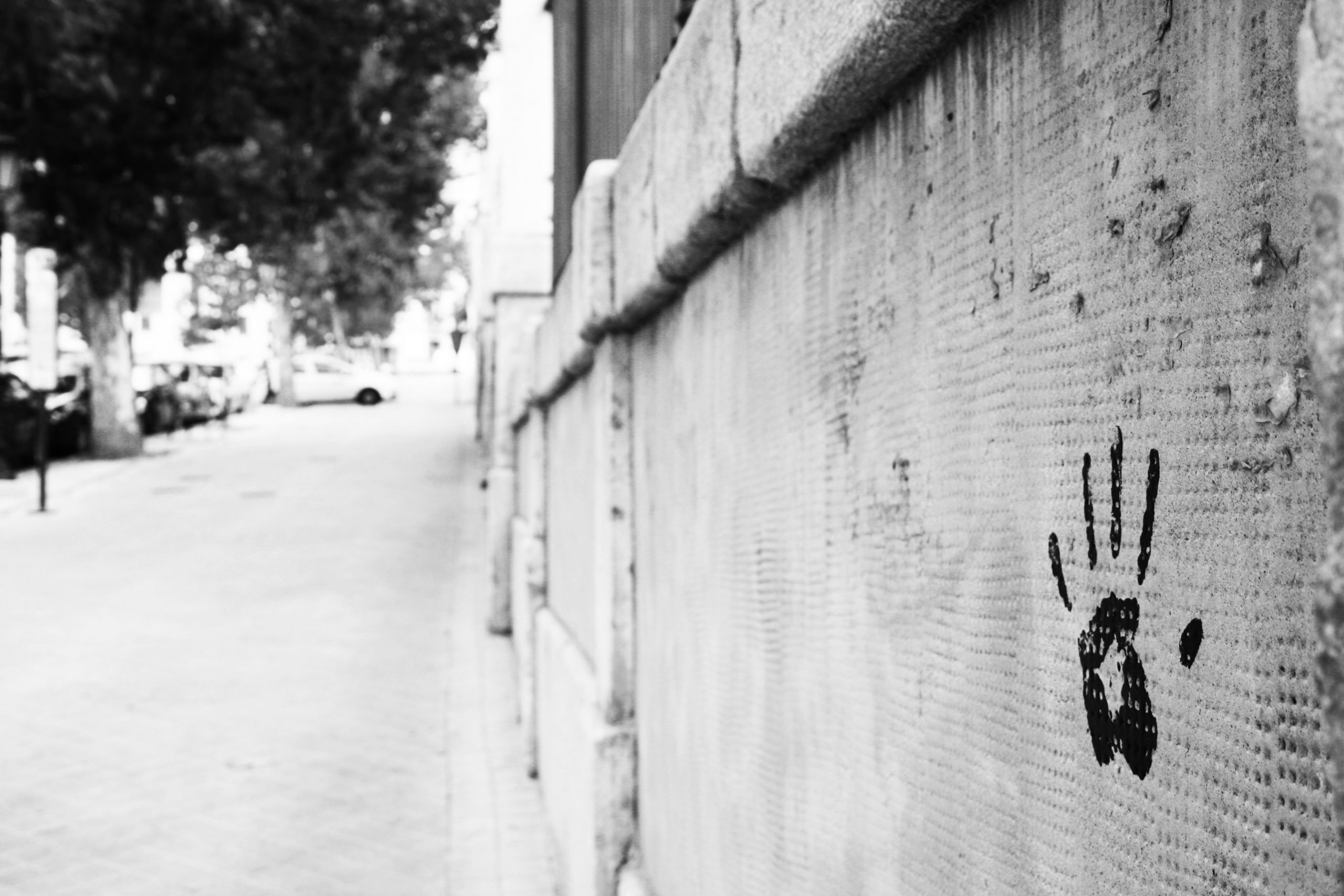 31 January, 2022 – International Financial Institutions (IFIs) have designated billions of dollars to respond to the pandemic and related social and economic crises. Yet, there is a concerning lack of transparency on how these funds were spent and serious doubts on whether they have reached those who needed them the most.

Since the beginning of the pandemic, civil society groups worldwide have warned about possible risks of corruption, increased inequality, and mounting debt. Now, there is growing evidence that many of these risks have materialized.

“Missing Receipts” is a new collaborative research project that analyzes IFIs’ role – and their failings – in the pandemic recovery. The report, based on a series of global and national level case studies, was developed by members and partners of the Coalition for Human Rights in Development.

Grassroots communities and civil society groups have found themselves left in the dark regarding how much their governments have borrowed from IFIs, under what conditions, how these funds were used, and whether they had the desired impact.

In Iraq, for example, the World Bank reallocated almost 60 million of dollars for the COVID-19 response, but did not provide information about the project alteration: “There was only a press release announcing the alteration,  but no details on what this would entail. The only available information was scattered in different procurement plans, which was hard for the stakeholders to access. Given the internal conflict situation in Iraq, the Bank should ensure more transparency and exert more efforts with due diligence to achieve results“, said Ouafa Haddioui, Program Coordinator at Arab Watch Coalition.

In a context where many governments were actively suppressing information about the spread of the virus and trying to silence those criticizing the inadequate pandemic response, IFIs failed to ensure a basic degree of transparency, participation and accountability.

In many countries, the lack of transparency and oversight created the perfect conditions for malfeasance and corruption. In Bolivia, for example, Inter-American Development Bank funds designated for the purchase of critical COVID-19 medical equipment were misspent. The Bank announced an investigation into corruption, but meanwhile the case paralyzed operations of the health agency for months.

The research also found that many IFIs fast-tracked their project, failing to respect their own due diligence requirements. While shortening the timeline is justified in the context of an emergency, it is very concerning that environmental and human rights assessments, as well as meaningful consultations, were often completely bypassed. Key groups – including women, indigenuos peoples, low income population, people with disabilities, and health workers – were not consulted to shape the COVID-19 response programmes. Instead, they faced further marginalization and their needs were not met.

In India, for example, the Asian Development Bank (ADB) and Asian Infrastructure Investment Bank (AIIB) supported some cash transfers programs. However, only people with a bank account could access support. In a country where less than 50% of the women below the poverty line have a personal bank account, the project ended up further marginalizing them.

Who really benefited from IFIs support was the private sector, either directly or indirectly, as most of the funds assigned to public institutions were largely passed on to large corporations. Under the pretext of economic recovery, even some companies responsible for harmful projects (such as in the extractives sector) benefitted from IFIs pandemic funds.

IFI loans have contributed to skyrocketing public debt, and to meet debt obligations many governments are increasingly adopting cuts to social spending. In Mozambique and Uganda, researchers point out that loans secured from the World Bank and International Monetary Fund came in exchange for the adoption of policy reforms that further pushed privatization and austerity: “The World Bank used the COVID-19 pandemic to advance its social protection agenda, by replacing the idea of universal entitlements with highly targeted, short-term grants that do not address the root causes of poverty”, said Zo Randriamaro, Ecofeminist Development Alternatives coordinator at WoMin.

In a vicious cycle, structural problems such as debt and neoliberalism – which have contributed to the current economic, social and climate crises we are facing  – are being further amplified with the pretext of solving these crises. This is why civil society groups around the world are raising serious concerns about whether, and under what conditions, IFI financing is an appropriate solution to respond to the COVID-19 pandemic and any future global emergencies.

“Development banks should reconsider their financial operations because least developed countries are already on a knife-edge, struggling to deal with climate change, COVID-19, and weak integrity all at the same time. If these countries do not receive grant-based public financing, they face the grave risk of falling into an irreversible debt trap”, said Hassan Mehedi, Chief Executive at CLEAN (Coastal Livelihood and Environmental Action Network).

“To the Asian Development Bank and  the Asian Infrastructure Investment Bank, the health crisis is a simple question of looking for funds to heal it.  Thus to the twins, lending under the Covid 19 Active Response and  Expenditure Support (CARES) program is reduced to a mere question of providing “budget support” for the health and economic requirements of a borrowing country. This  simplistic “theory of change” misses the critical root causes of a broken health system in many developing countries such as the privatization and commodification of health services, withdrawal of support to government hospitals and facilities, and neglect of the health of the health personnel themselves. The outcome? A never-ending health crisis, for  the neo-liberal root causes of the health crisis unresolved.” Dr. Rene Ofroneo, Freedom from Debt Coalition

“Although the rush with the preparation of these projects is justified,  given they are  responses to the pandemic situation, more efforts should have been made to reach out to the stakeholders. We are afraid this might become the new norm with the preparation of new projects since the pandemic has not been over yet.” Amy Ekdawi, co-director Arab Watch Coalition (AWC).

“In Latin America, international finance institutions are increasingly playing a bigger role in shaping and supporting public policies. This is why they must promote spaces for dialogue and participation and implement measures that ensure compliance with indigenous rights and a gender approach, important issues that often are not taken into account at the time of designing and executing projects.” Aida Gamboa, Coordinator of Amazon Program in Derecho, Ambiente y Recursos Naturales (DAR).

“Before the pandemic, the practices of development banks already fell short of fulfilling communities’ rights to information, participation, and development. The pandemic only exacerbated these challenges and barriers. But it is precisely within this context that a greater focus on ensuring community-led development is needed — to ensure that the recovery from the pandemic is centered on, and built alongside, the visions of those communities directly affected by these investments.” Jocelyn Soto Medallo, Deputy Director International Accountability Project (IAP).

The Early Warning System COVID-19 Tracker, which tracks 15 development banks’ disclosed financing and is managed by the International Accountability Project, identified 1,511 known projects as of January 2022, totaling at least 166.70 billion USD, with the European Investment Bank and World Bank topping the list in terms of money allocated.

The case studies mentioned in the report are compiled and hosted on an interactive web portal. Some reports offer a global analysis, while others focus on the situation in some specific countries, including the Philippines, Bangladesh, Iraq, Yemen, Jordan, Tunisia, Egypt, Morocco, Mozambique, Uganda, Colombia, Ecuador, Bolivia, Brazil, Peru and Argentina. Most of the reports were developed by members and partners of the Coalition for Human Rights in Development, including a series of country-level analyses commissioned and/or prepared by the following civil society organizations: Arab Watch Coalition, Derechos Ambiente y Recursos Naturales,  Fundación Ambiente y Recursos Naturales, NGO Forum on ADB, International Accountability Project and WoMin.