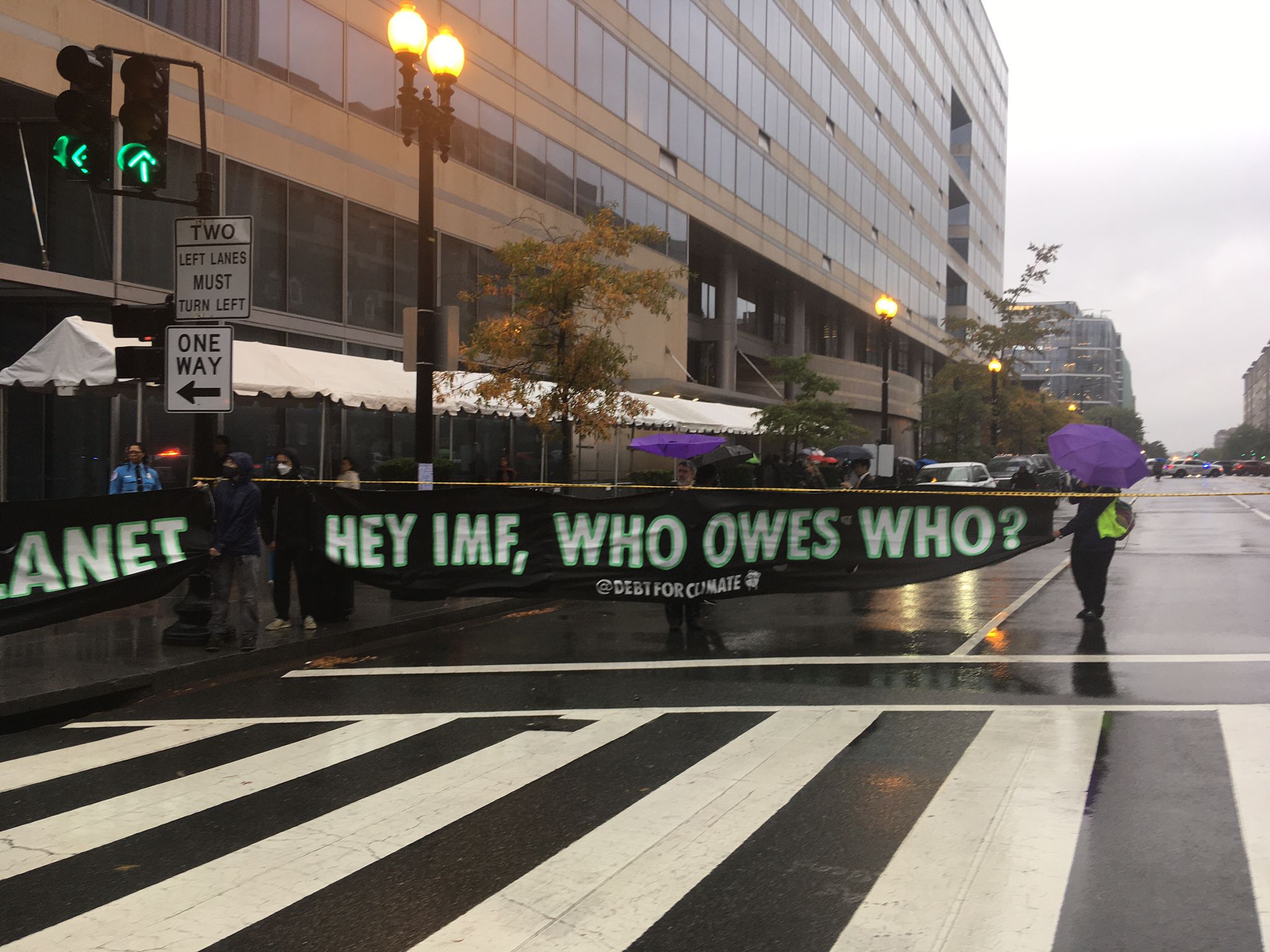 Arab Watch Coalition participated in the Civil Society Policy Forum in Washington DC during the Annual Meetings of the International Monetary Fund and the World Bank Group.

From 11 to 15 October AWC organized and co-sponsored several sessions in the CSPF and co-organized with our international partners side events on several IFIs related topics including debt, economic justice, and climate change among others

The speakers discussed the threats of the current crisis on food security in the MENA region and highlighted the impact of the austerity measures and the economic policies imposed by the IFIs on food stability and sovereignty.

Link for the full session 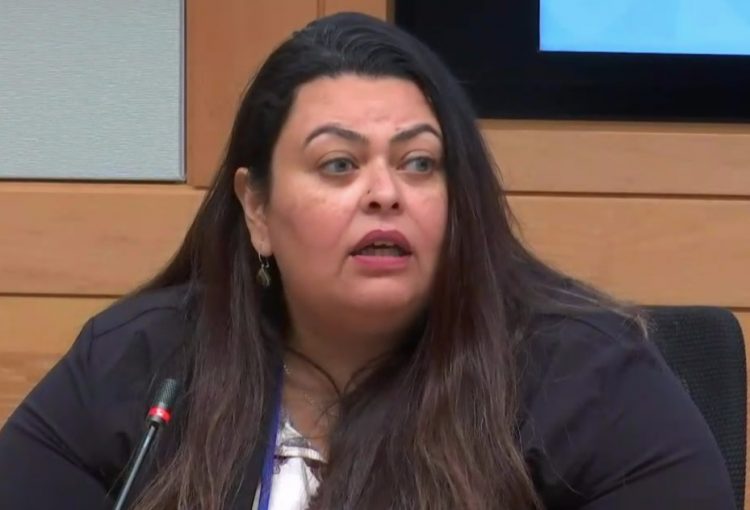 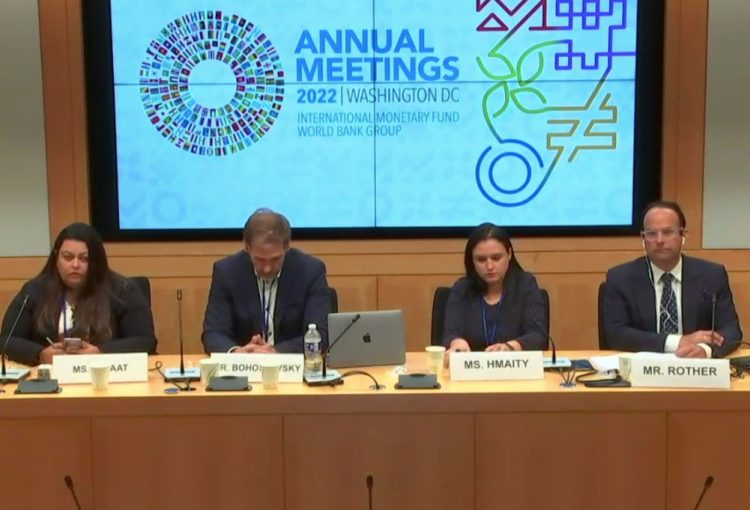 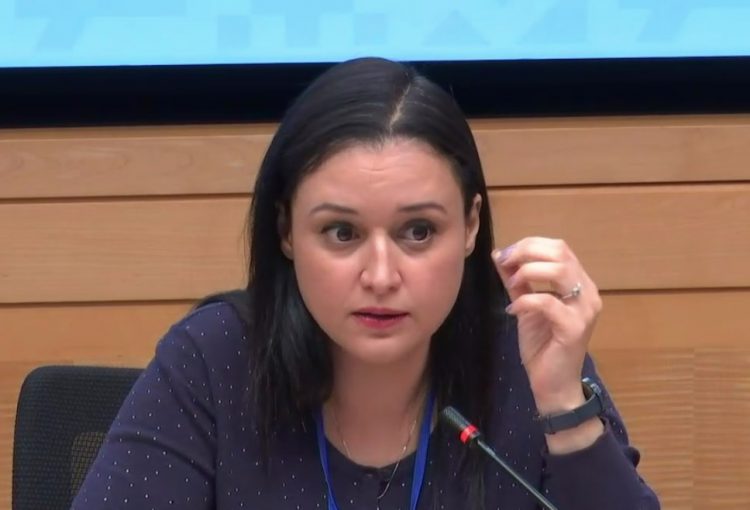 On wednesday 12th AWC co-sponsored a season on the IMF quota reform which is under reviewing process from the IMF for the first time in 15 years. The session was moderated by Shereen Talaat, the co-executive director of Arab Watch Coalition and the speakers were Lara Merling, Boston University Global Development Policy Center, Abu Bakarr Kamara, Budget Advocacy Network in Sierra Leone and Andres Arauz, politician, economist, and researcher.

The speakers raised the need for governance structures to meet the challenges of the intersecting crises of our time and requires the voice of underrepresented countries and CSOs to be heard.

Link  for the full session 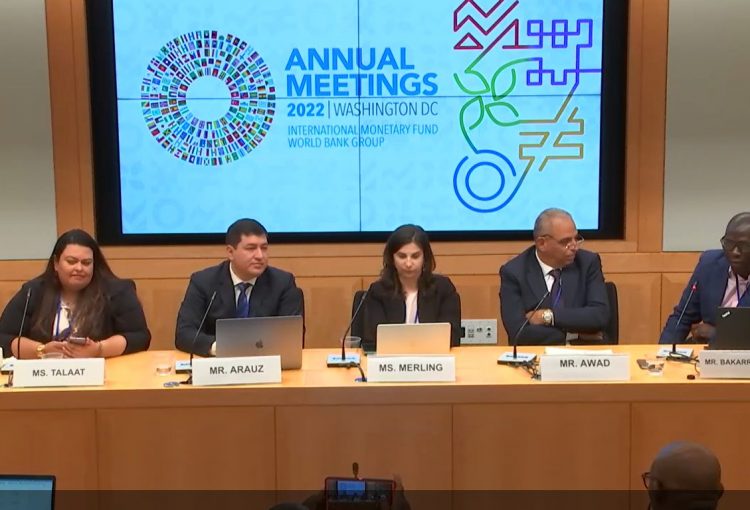 The session was moderated by Rafat Al Akhali co-founder and chairman of Resonate Yemen. 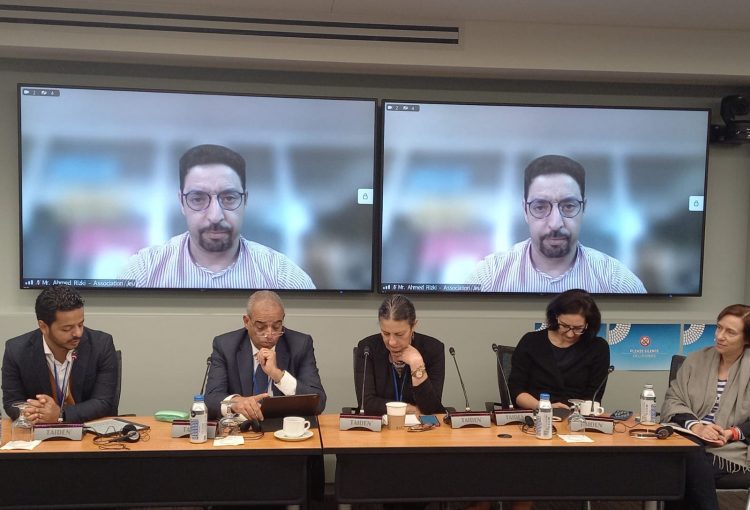 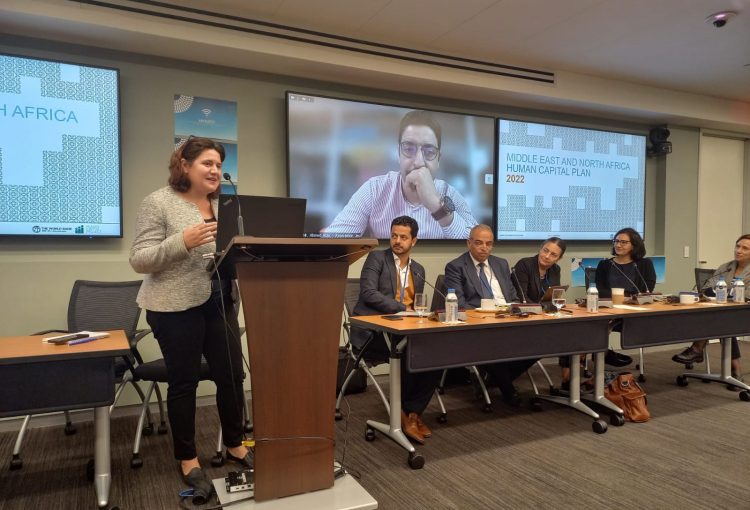 Multilateral development banks are mandated to aid development and positively impact communities; therefore, they mustn’t do exit projects without effectively addressing their social and environmental risks and impacts or the consequences of exit itself. As the IFC is currently developing a policy to guide its exit strategy, this session was timely to present some cases where communities were negatively impacted by the irresponsible exit of the IFC from its investments. Amy Ekdawi, AWC’s Co-Director, presented the case of Titan cement company in Egypt from which the IFC divested in late 2019 while an investigation report was been finalized by the IFC’s accountability mechanism highlighting many negative health and environmental concerns that needed to be properly addressed by the institution. 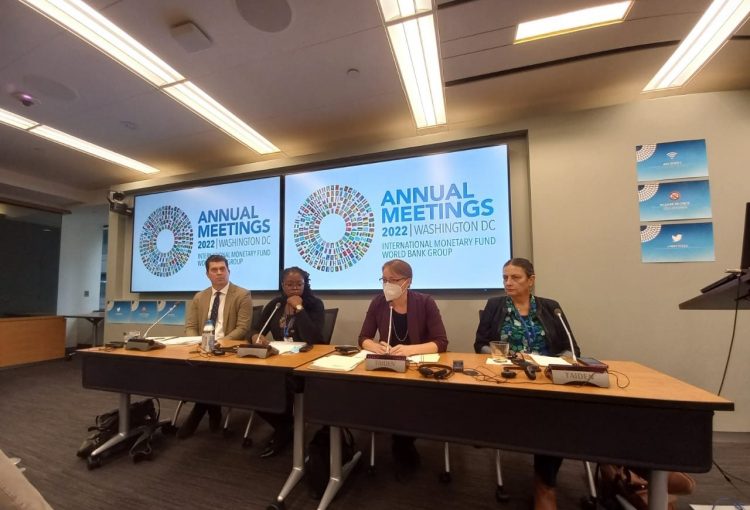 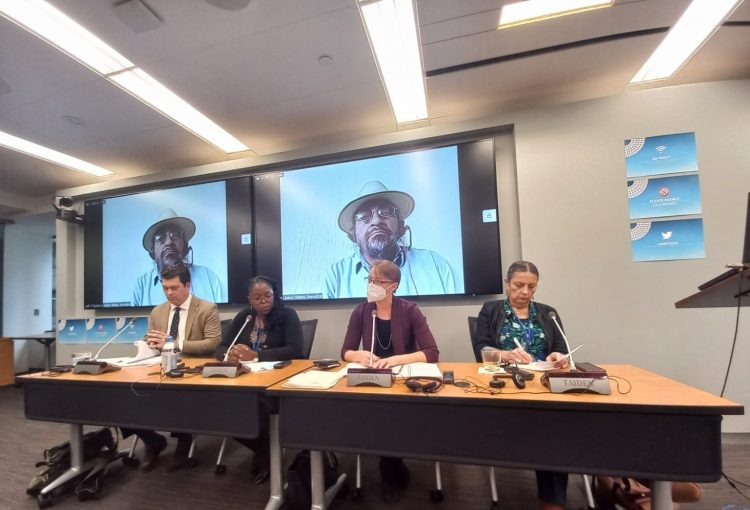 This session explored the contribution an independent accountability mechanism within the IMF would make to ensure that the institution is equipped to address the negative impacts of its programs on communities and individuals increasingly at risk due to increasingly complex crises and the expansion of the IMF’s work, especially on the MENA region. 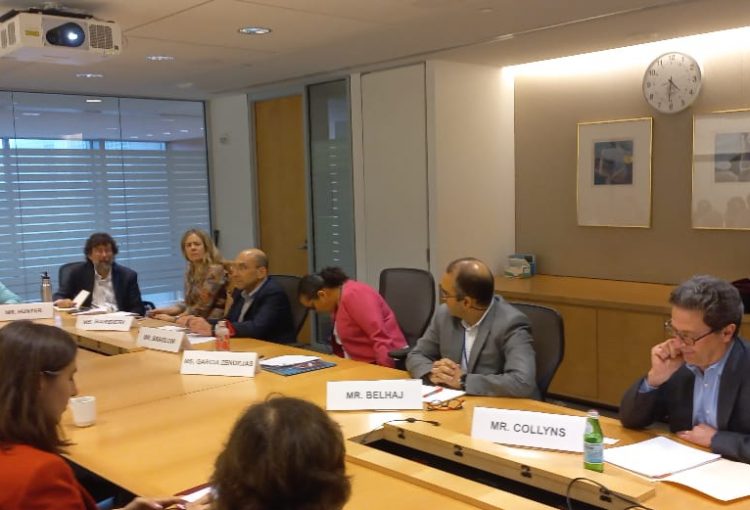 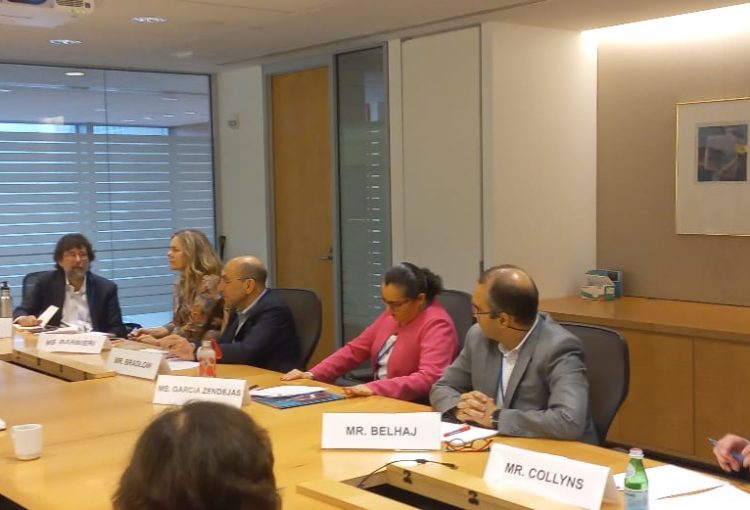 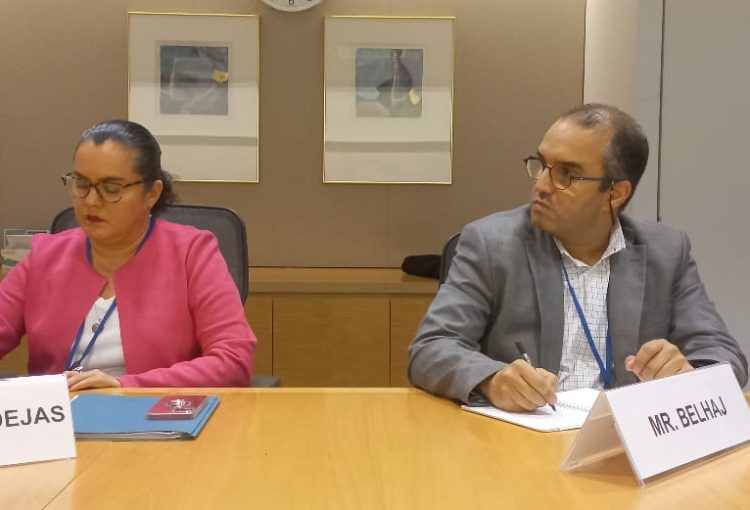 On October 14 Arab Watch Coalition organized a preparatory meeting ahead of the Annual Meetings 2023 that will take place in Marrakech, Morocco.

The meeting brought together many CSOs partners from around the world who are present in Washington DC during the World Bank/IMF Annual Meetings 2022, to think together on how to join efforts to support civil society, especially from the MENA region, to ensure their effective engagement and participation.

The CSOs participated in the meetings raised the following topics:

On, October 15 the Arab Watch Coalition, and a coalition of organizations: Boston University Global Development Policy Center, Bretton Woods Project, Center for Economic and Policy Research, Christian Aid, Eurodad, Institute for Policy Studies Global Economy Project, and Latindadd, held a half-day hybrid event titled “IMF policy and governance in the context of the ‘poly-crisis’: What next?”

The event featured four sessions focused on the urgent reforms of the International Monetary Fund (IMF)’s policies and governance structures needed to support an effective global response to the combined crises of climate, debt, food, energy, insecurity, and inequality.

The event touched upon the political role of the IMF and the IFIs, and the policies that they promote “which are the product of different interests competing on uneven ground, with tremendous consequences for food insecurity, migration, and economic development, and more.” as Jesus García, United States Congressman said. The political role was confirmed when the Quota review was discussed: “They matter for voting power, they matter for lending access, they impact the surcharge policy, they impact Special Drawing Rights (SDRs) allocations and [they matter for] climate policy.” as Lara Merling said, Senior Policy Advisor at BU.

Shereen Talaat, the co-executive director of the Arab Watch Coalition spoke from the perspective of the developing world. Shereen concurred that accountability at the IMF is direly needed. To make progress in creating an accountability framework, she noted that “we need to start from also contributing in the movement in the Global South, because people need to relate to this kind of harm; to understand that those measures are really affecting their lives.” 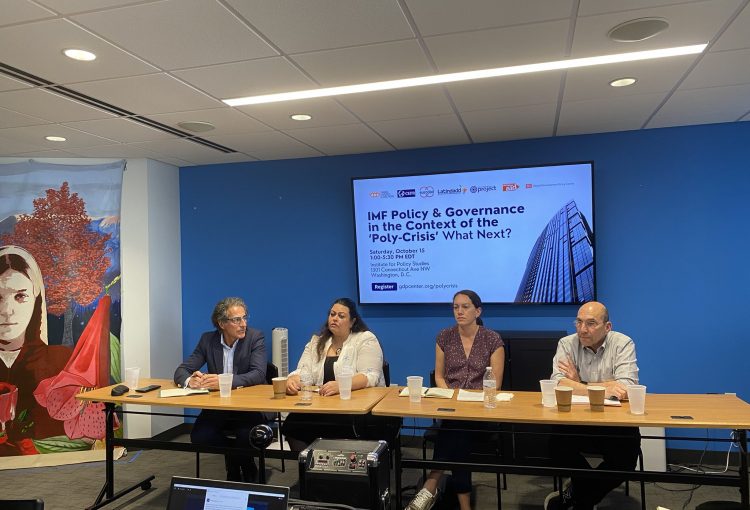 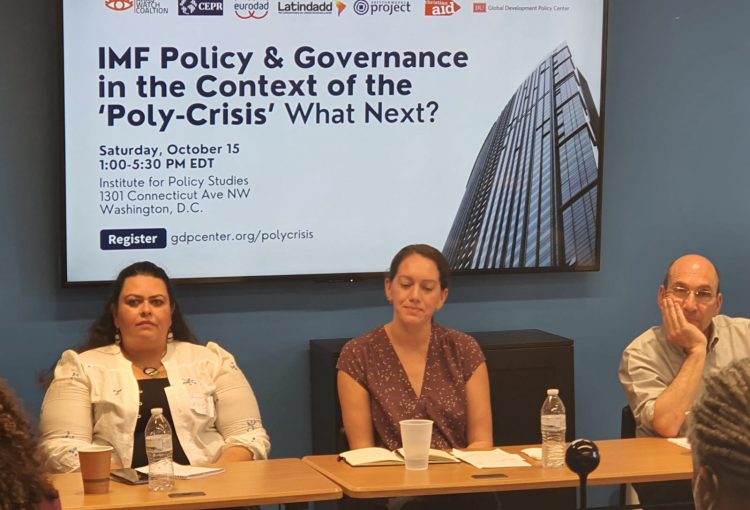 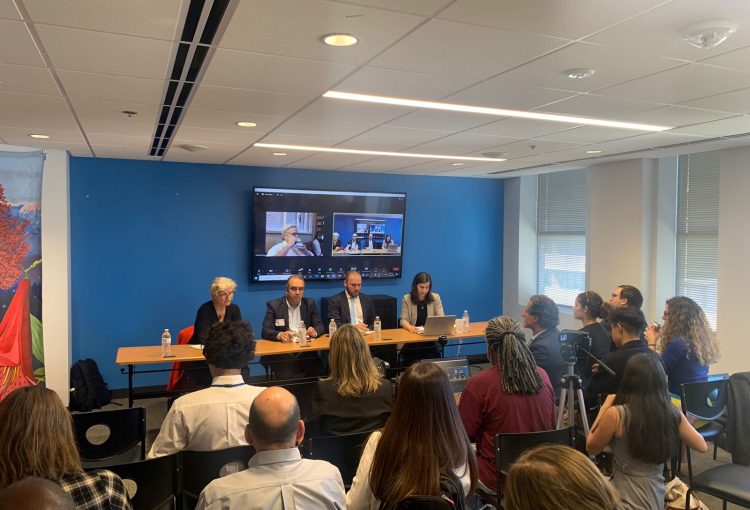